Multidrug resistant bacteria survive and adapt to hostile environments like hospitals where the use of antibiotics strongly selects for organisms, which have acquired multiple defense mechanisms against these toxic compounds. The rise of Gram-negative pathogens like Acinetobacter baumannii causing serious infections in immune-compromised patients is a major concern in hospitals. The first line of defense in the adaptation strategy of Gram-negative bacteria is the expression of antibiotic efflux genes, resulting in the equipment of the inner and outer membrane with transporters and channels, which catalyze the concerted efflux of toxic compounds. The combined effort of efflux pumps from members of four major transporter families designated Resistance Nodulation and Cell Division (RND) Superfamily, Multi Antimicrobial Extrusion family (MATE), the Major Facilitator Superfamily (MFS) and the Small Multidrug Resistance (SMR) family leads to the observed resistance against multiple drugs including various classes of antibiotics, detergents and dyes. The A. baumannii AYE genome contains from all four families 4, 3, 4 and 5 member genes, respectively, which are expected to act in concert to produce the observed resistance phenotype. We plan to address the combined role and interdependency of different sets of drug transporters in vivo and in vitro and in addition embark on the structural elucidation of transporters, which can be considered main players in the multiple drug resistance phenotype. 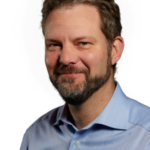 Research Interest: Structure and function of multidrug efflux in A. baumannii