Colonization of surface environments is of the outmost importance in the bacterial world, notably also during infection. In many cases, surface-associated motility facilitates initial stages of biofilm formation, a well-known capability of the nosocomial pathogen Acinetobacter baumannii which can contribute to persistence in the hospital environment, increased antibiotic resistance or protection from immune responses. Bacterial communities also express particular traits while moving to colonize new habitats. For instance, swarmer cells have been shown to exhibit reduced susceptibility to antibiotics. Motility is thus considered as part of the intrinsic resistance endowment of bacterial pathogens. Moreover, motility can significantly contribute to virulence of bacteria. Of further interest, we could recently demonstrate that many isolates of A. baumannii become naturally competent while they move along surfaces. This transformability of A. baumannii might lead to acquisition of novel genetic traits including virulence and antibiotic resistance determinants. We recently established that a flagella-independent, surface-associated form of motility is a common trait of clinical isolates of A. baumannii. This widespread ability could play a central role in the establishment of infection, in persistence and acquisition of resistance. We aim at elucidating the molecular basis of this motility by characterizing a collection of motility-deficient mutants. Notably, we intend to study in detail the role of the polyamine 1,3-diaminopropane (DAP) which we found to play an essential role in motility. We reason about additional important functions of DAP given that it is the predominant polyamine found in members of the genus Acinetobacter. Taken together, we expect that elucidating surface-associated motility of A. baumannii will contribute to our understanding of the pathogen-host interaction, to persistence in the hospital environment and to antibiotic resistance development. 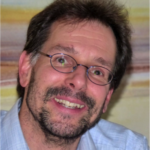 Research Interest: Contribution of sulfite reductase to antibiotic resistance and virulence in A. baumannii