Membranous environments are colonized by various strains of A. baumannii, which raises the question on how A. baumanniimanages to adapt its metabolism to the skin environment. Phosphatidylcholine (PC) and phosphatidylethanolamine (PE) are the most abundant phospholipids found in human cell membranes and make them good candidates as carbon and energy source. Initial degradation of PC or PE is facilitated by a set of different phospholipases whose substrate specificity is determined by the acyl side chains and the hydrophilic group. A. baumanniiATCC 19606 encodes six phospholipases belonging to the phospholipase superfamilies one PLA, two PLCs and three PLDs. Mutant studies revealed that the three PLDs act in concert in virulence and invasion of eukaryotic host cells, whereas the two PLCs are important for host cell invasion and cytotoxicity. To elucidate the function of  the phospholipases they will be produced in E. coli, purified and their enzymatic properties will be determined. Transcriptional and immunological analyses will identify conditions under which the encoding genes are expressed. Furthermore, we aim to identify and characterize phospholipase exporters by genetic and biochemical techniques. Our own preparatory work demonstrated that A. baumanniitakes up the PC cleavage product choline and oxidizes it to glycine betaine. The genome of A. baumannii19606 predicts a two-step oxidation pathway, a transcriptional regulator and two secondary choline transporters (BetT1 and BetT2). BetT1 in A. baylyiwas found to facilitate osmolarity-independent choline transport, most likely by an uniport mechanism. Analogously BetT1 in A. baumanniimight play a role in metabolic adaptation to choline rich environments. Inspection of the genome of A. baumanniiled to the identification of an additional potential secondary choline transporter.  To analyze the role of the choline transporters and choline oxidation in metabolic adaptation and pathogenicity ofA. baumanniithe encoding genes will be deleted. Mutant studies will elucidate the biochemistry of choline transport and determine their role in virulence. To elucidate the substrate specificity and analyze the kinetics of the choline transporters they will be expressed in E. coliand compatible solute uptake studies will be performed with the recombinant E. colistrains. To unravel the molecular transport mechanism of H+-coupled choline symport and proton-independent choline uniport in the secondary transporter we will purify the choline transporters and attempt to solve their atomic structures by X-ray crystallography on 3D crystals in a high-throughput process in collaboration with the group of Christine Ziegler (P9).

Analyses of the phophoglycerolipid composition of A. baumanniimembranes unravelled a unique lipid composition with relatively high levels of monolysocardiolipin (MLCL) and large varieties of cardiolipin (CL). Next we aim to analyze the distribution of MLCL and Cl in the inner and outer membrane. To elucidate the MLCL and CL biosynthesis pathway the genome of A. baumanniiwill be inspected for the presence of potential MLCL and CL pathways. Mutant studies will be performed to identify the key enzymes of the MLCL and CL pathway and the role of CL and MLCL in host colonization and invasion and in antibiotic resistance will be analyzed. 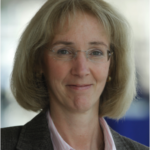 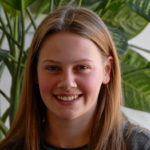 Research Interest: Contribution of phospholipases to virulence of Acinetobacter baumannii

Manage Cookie Consent
To provide the best experiences, we use technologies like cookies to store and/or access device information. Consenting to these technologies will allow us to process data such as browsing behavior or unique IDs on this site. Not consenting or withdrawing consent, may adversely affect certain features and functions.
Manage options Manage services Manage vendors Read more about these purposes
View preferences
{title} {title} {title}