Metabolic adaptation of Acinetobacter baumannii – the cellular response to desiccation

Acinetobacter baumannii is a Gram-negative, emerging pathogen, that is successful in the clinical setting and often the cause of severe infections of patients in intensive care units. It survives on dry surfaces of, for example, furnitures, equipment or door knobs, is a constant source of contamination and spreads from there to other abiotic surfaces and eventually finds its way into the patient which often leads to the death of the patient. Whereas Gram-positive bacteria show some intrinsic resistance to dryness, due to their thick cell wall, this feature is not dominant in Gram-negatives. In general, little is known how (Gram-negative) bacteria cope with dry stress and in particular, nothing is known about the mechanisms used by A. baumannii to combat dry stress.

This gap in knowledge will be closed in this project. Therefore, we will analyze which genes are expressed on a genome-wide level (transcriptomics) and which proteins are produced (proteomics) to combat dryness. By comparing the response of dry-stress with the cellular response to other stresses we will identify drystress-specific genes and proteins. This will allow us to establish a working model for the response to dryness on a cellular level. Interesting genes/proteins will be characterized in detail and experiments with mutants carrying deletions in the genes under study will reveal the importance of the genes/proteins in dry stress response. In our own preparatory work we established that A. baumannii combats low water activities, caused by addition of NaCl, by amassing glutamate and mannitol in the cell. Mannitol is a very unusual osmolyte in bacteria in general. In the second part of the project we will analyze how mannitol is synthesized, identify the encoding genes, study their transcriptional regulation and establish the role of mannitol in persistence using deletion mutants. To elaborate on the physiological role of mannitol may be of importance for future studies in the second granting period, since mannitol is a known radical scavenger and thus may contribute also to the virulence of A. baumannii. 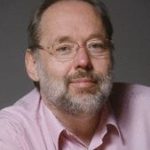